Research aimed at helping breeders develop locally adapted chickpea cultivars that are more resistant to Sclerotinia sclerotiorum is at the forefront of Virginia Wainaina Mwape’s studies at the Centre for Crop and Disease Management (CCDM) at Curtin University in Perth. Author: GRDC Dec 08, 2021 Read Time: 2 minutes

Through a GRDC-invested capacity-building project, Mrs Mwape is investigating the level of resistance to Sclerotinia stem rot in current cultivars and wild germplasm.

She is hoping that combining resistance identified in wild chickpea accessions into cultivated chickpeas will ultimately lead to varieties with enhanced Sclerotinia resistance and higher, more-reliable yields.

This objective is also part of her next career goal as a postdoctoral plant pathologist.

Mrs Mwape hails from Kenya, where she was raised on her parents’ small farm that specialised in fruit production – mainly avocados – for export, and maize and pulses for local consumption. It was this farming background that influenced her to pursue agriculture as a profession, beginning by obtaining a bachelor’s degree in general agriculture from Egerton University, Kenya, in 2004.

She initially came to Australia for a short course in dryland farming in 2013-14 at the University of Queensland, but the Australian scientific leadership and role models she worked with soon drew her back.

“I was inspired by the high level of agriculture research and the effort and commitment of the Australian research scientists,” Mrs Mwape says. “In 2015, I returned to Australia to study a master’s in dryland agriculture at Curtin.

“In particular, I was motivated by researchers from the CCDM, where I undertook my master’s thesis project, which focused on fungicide resistance.”

In 2017, she committed further to her training and enrolled for a higher degree in research supervised by CCDM theme leader Dr Lars Kamphuis, to give back to the Australian community by joining this group of committed crop disease researchers. 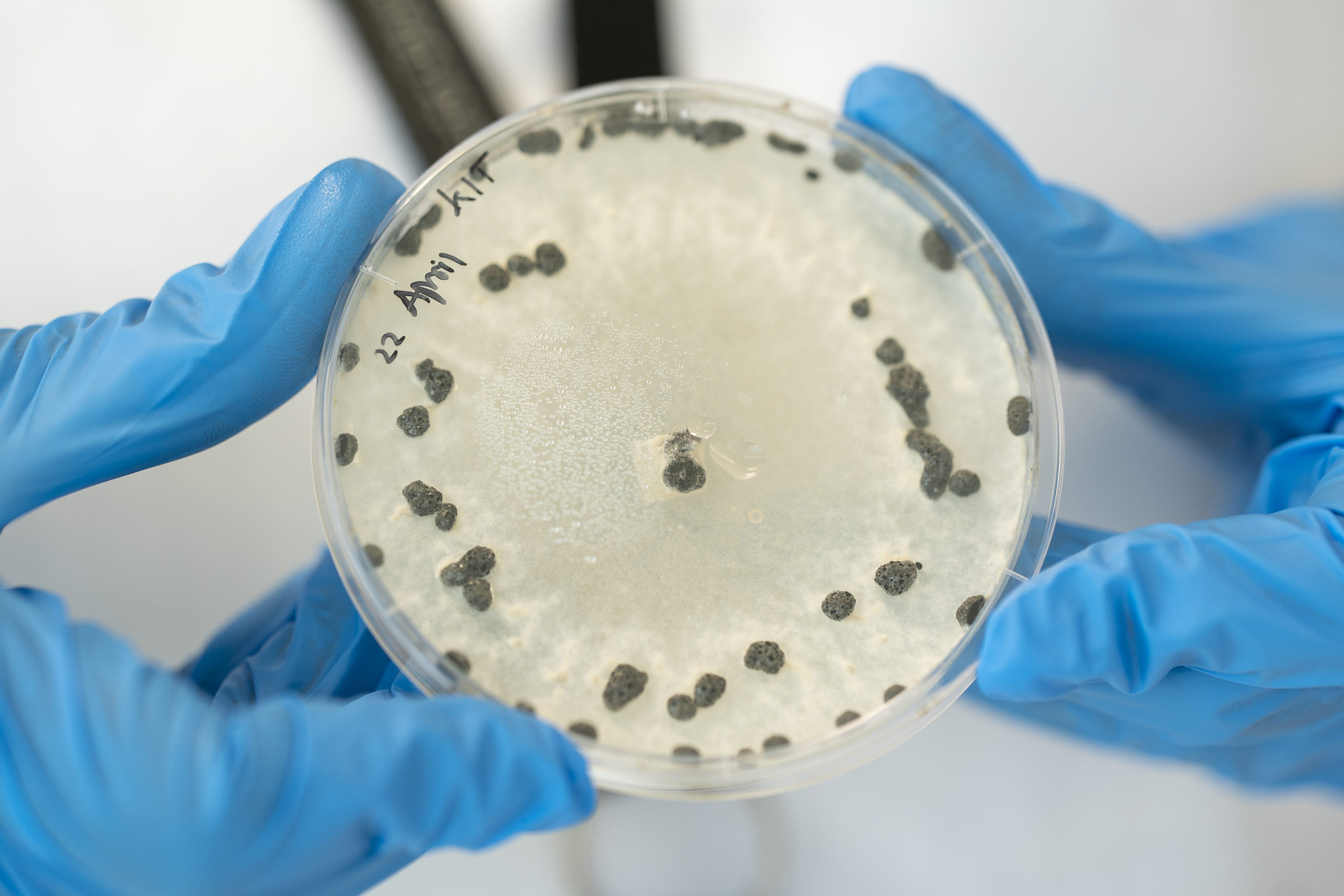 Her PhD has been supported by GRDC, Curtin Postgraduate Research Training Scholarship and Research Stipend Scholarship and a top-up scholarship from CSIRO. Her studies are being supervised by Dr Kamphuis, as well as Dr Mark Derbyshire and Dr Toby Newman of the CCDM theme that focuses on canola and pulse diseases.

“My PhD research aimed to explore the physiological and genetic resistance of a collection of wild chickpea and elite cultivated chickpea varieties to Sclerotinia stem rot caused by the pathogen Sclerotinia sclerotiorum,” Mrs Mwape says.

“My research also aimed to characterise the molecular mechanisms used by this pathogen to infect chickpeas and the plant’s molecular defence responses when invaded by Sclerotinia.”

CCDM director Professor Mark Gibberd says one of the CCDM’s core objectives is the development of new research capability. “Virginia has developed a remarkable skill set while also delivering outputs which will contribute to the future viability of chickpea production in Australia,” he says.

“The co-support of Curtin, GRDC, CSIRO and the collaborative involvement of the University of Adelaide has generated a fantastic research training opportunity. We all wish Virginia the best for a bright career ahead.”

This article was adapted from GRDC Ground Cover Supplement: Grains research – the next generation, November-December 2021