You are using an outdated browser. Please upgrade your browser to improve your experience and security.
Home Resources Hub Onya wheat disease, you’re so Austrayan
Go back

Thanks to the discovery of a genetic element within the pathogen causing septoria nodorum blotch of wheat, we can now see how Australian strains of this pathogen have evolved to Australian conditions. Author: Megan Jones Jan 18, 2022 Read Time: 2 minutes

Everyone can agree Australia and America have a lot of differences: Candy versus lollies, the trunk versus the boot, flip flops versus thongs, sloppy joe versus…. a hot meat roll?

But are our crop diseases that different?

Thanks to the discovery of a genetic element within the pathogen causing septoria nodorum blotch of wheat, we can now see how Australian strains of this pathogen have evolved to Australian conditions.

This finding will help breeders prioritise which genes to remove for the environment they are targeting, streamlining the breeding process for disease-resistant wheat varieties suited to paddocks near you.

This video explains it all:

So what’s so special about this genetic element?

The team found this element has the ability to control the production of Tox1 – a toxic molecule produced by the pathogen after infection that is responsible for major damage to sensitive wheat varieties.

After noticing the Australian version produced much higher levels of Tox1 than most other fungal strains from the Northern Hemisphere, CCDM researcher Evan John set to work to find out why.

“As part of my PhD project, I was then able to pinpoint and characterise the genetic element that allowed the pathogen to produce high levels of Tox1,” Evan said.

“We found this was widespread in Australian strains of the disease but at low level in most US and European strains.

“Because of this, we strongly recommend the removal of the Tox1 susceptible wheat gene called Snn1 from Australian breeding lines, to breed resistant wheat suited to local regions.” 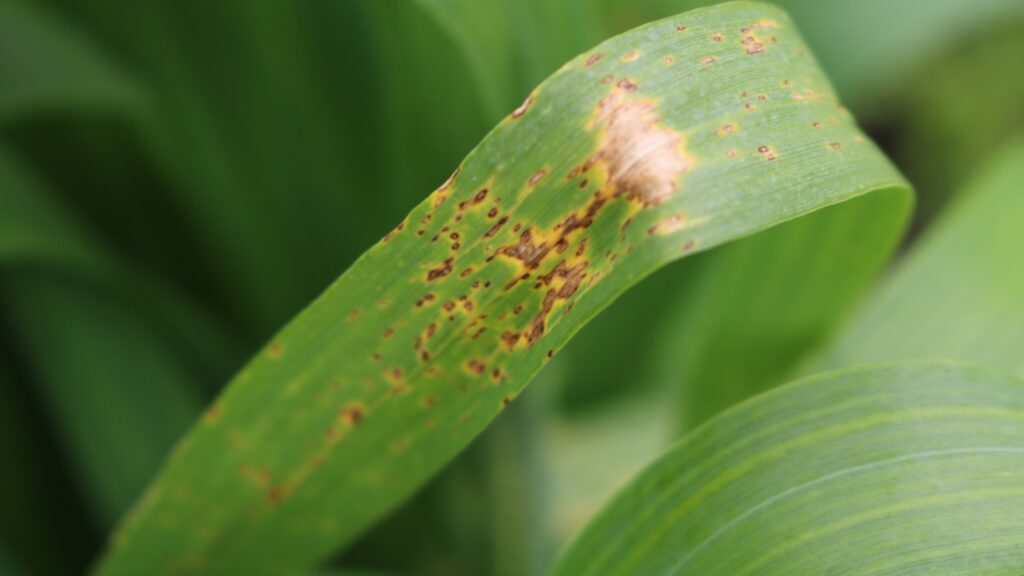 Need for a disease monitoring program

“The discovery helps to explain why we see vast differences in pathogenicity in field conditions – which is due, in part, to the huge variability in toxic molecule production that exists out in the field – whether that pathogen is the one causing SNB, or potentially other pathogens causing other diseases too,” Kar-Chun said.

“The good news is we can now monitor the genetic element that causes the variability and see how it changes over time and in different regions of Australia.

“The monitoring will allow us to advise breeders and pathologists on the best and most genetically relevant SNB isolates to use for screening their wheat lines for SNB resistance. In-turn they can incorporate optimal resistance into these wheat lines allowing growers to depend less on fungicides.”

CCDM will continue to work on the mechanisms of crop disease development in Australia, improving our knowledge of plant-pathogen interactions.

“It may be extremely difficult to breed wheat that is completely disease resistant, but we’re going to continue to work with our global research community and Australian breeders to get as close as scientifically possible,” Kar-Chun said.

This research is by…

The CCDM team worked in collaboration with partners from CSIRO, the Max Planck Institute of Germany and the University of Neuchâtel of Switzerland.

For the full paper, Variability in an effector gene promoter of a necrotrophic fungal pathogen dictates epistasis and effector-triggered susceptibility in wheat, click here.