You are using an outdated browser. Please upgrade your browser to improve your experience and security.
Home Resources Hub From one side to the other, seasonal updates from across Australia
Go back

From one side to the other, seasonal updates from across Australia

Are you wondering what others are up to around the country? How others are dealing with disease, pests, weeds or nutrition right now? Author: Megan Jones Jul 15, 2022 Read Time: 4 minutes

Inspired by Gardening Australia’s “Jobs for the Weekend” we’ve whipped around the country and spoken to three agronomists and a pathologist, to find out the current issues of the season and the next management strategy to think about.

You can listen to the seasonal updates here in the Crop Disease Podcast. 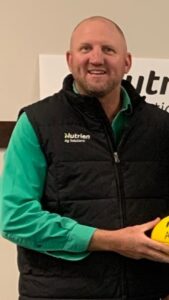 Dan Taylor says there’s been a few disease issues pop up in the area recently, including powdery mildew in wheat at the fourth leaf stage.

“It was quite surprising to find powdery mildew that early, especially because it had been treated with a fungicide product,” Dan said.

“We’ll keep an eye on it. It’s not just that farm, but there are three farms within 5km radius of initial finding with wheat at different stages of development with low levels of powdery mildew down at bottom of the canopy.

“That early infection of powdery mildew is not something we’re used to, and is something people in our region need to be aware of, because if infection is happening, there’s potential for the disease to be quite invasive right across the region if not managed.

“We’re encouraging our growers to be on the front foot and see exactly where your crop is at as far as disease presence goes, and keep a particular eye on crop timings and be preventative with fungicides if they are required, as opposed to being reactive and coming in too late once the disease has got a foot hold.” 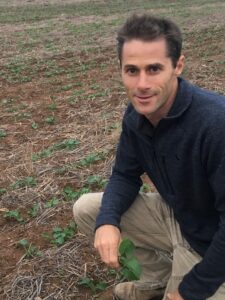 Sam Holmes says he’s starting to see septoria tritici blotch on wheat, a little bit of net blotch on barley as well as some ascochyta blight in lentils in the region.

He says now is the time to monitor for disease and pests as well as having some awareness of what fungicides are needed going forward.

“We’re in a tighter supply dynamic in the world at the moment, so just being across what fungicides and pesticides are going to be needed is a good idea,” Sam said

“For us in our region we’re getting a bit frustrated with slaters causing a bit of an issue. Especially in some areas where there’s nothing registered or anything to do about it.

“I’m not sure what the answer is, because we don’t want to use pesticides willy-nilly for the odd case when they do show up. I’m struggling to understand how to handle that going forward, it’s a bit of a battle.” 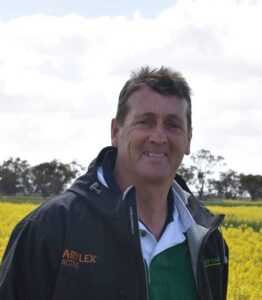 Greg Toomey says the season couldn’t look much better at this stage, with an early break, consistent rains with much of the district still trafficable, with quite a bit of urea going out on canola and cereal crops.

“At the moment growers need to be thinking most about their nitrogen inputs. This is the third strong grain growing year in a row, and unless you’ve got a heavy legume base in your pastures and your cropping those paddocks, or you’ve got a good legume component in your cropping operation, there are going to be some very low nitrogen levels in the soil,” Greg said.

“At the minute we’re doing deep soil nitrate tests to ascertain the amount of nitrogen there because urea is dear this year and it may be quite eye watering to be told you might need 400 kg/ha of urea to grow the sorts of yields expected from this sort of rainfall year, if the outlook stays favourable.” 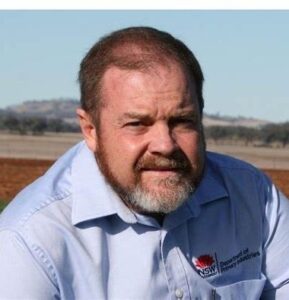 Steven Simpfendorfer says there’s been some disease issues around, with crown rust in the oats the main one.

“The other big one, with a lot of waterlogging around and being off the back of two big years, as well as the high prices of urea, a lot of nitrogen deficiency in crops has meant there’s massive potential for misdiagnosis,” Steven said.

“That’s our communication campaign at the moment: just because it’s yellow, doesn’t mean it’s yellow spot and a leaf disease.

“We’re really trying to educate what exactly the difference is. With disease, we don’t tend to see that general wide spread yellowing of lower canopies, that’s more an indication of a nutrition issue.

“The other thing to keep an eye on, we’ve had delayed sowing and a real gap in growth stages of crops, and I think that’s going to create big pressure for rust throughout the season.” 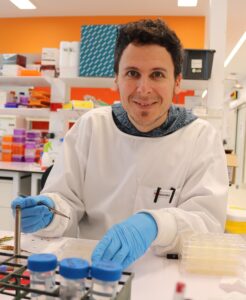 CCDM’s Fran Lopez-Ruiz says misdiagnosis of disease is a common struggle not just for industry members but also for scientists too.

“But diagnosing disease correctly is critical and should be in our toolbox because it really could be something that could save us from overspending on an input that we shouldn’t actually use,” he said.

“But with resistance there are solutions, and there is plenty of information out there, including information on how changing management practices can help – it’s been done before with outbreaks that have happened in SA and WA,” he said

“Resistance is not a dead end, there is always a way to manage the problem with proven practices out there.”

Fran says if growers are using foliar fungicides this season, to remember to rotate modes of action.

“Rotating our chemistries from different modes of actions is vital. The reason for that being the more dynamic the environment, the less chance fungicide resistance will be a problem for you.”

Liked this blog? Why not listen to the full interviews on the Crop Disease Podcast.