You are using an outdated browser. Please upgrade your browser to improve your experience and security.
Home Resources Hub Economic concern over fungicide resistance: CCDM survey finds
Go back

Results from a survey have revealed that growers are concerned about the threat of fungicide resistance and the economic impact it will have on their properties. Author: Megan Jones Feb 17, 2022 Read Time: 2 minutes

Phone surveys. Nobody likes doing them. Who has the time? Surely there’s something else to be done than talking to a CCDM researcher?

But thanks to some 137 growers from the WA Wheatbelt who did give up the time (a massive thank you!), our researchers now have insight into how growers deal with fungicide resistance, and how we can help you manage it.

The survey asked growers to define fungicide resistance, and from this one question, three themes emerged:

Check out this video for an overview of the survey:

Where were the grower respondents from?

The 137 grower respondents were from WA’s Wheatbelt. This map shows their distribution according to the postcode they provided – larger dots mean more growers were from that postcode. 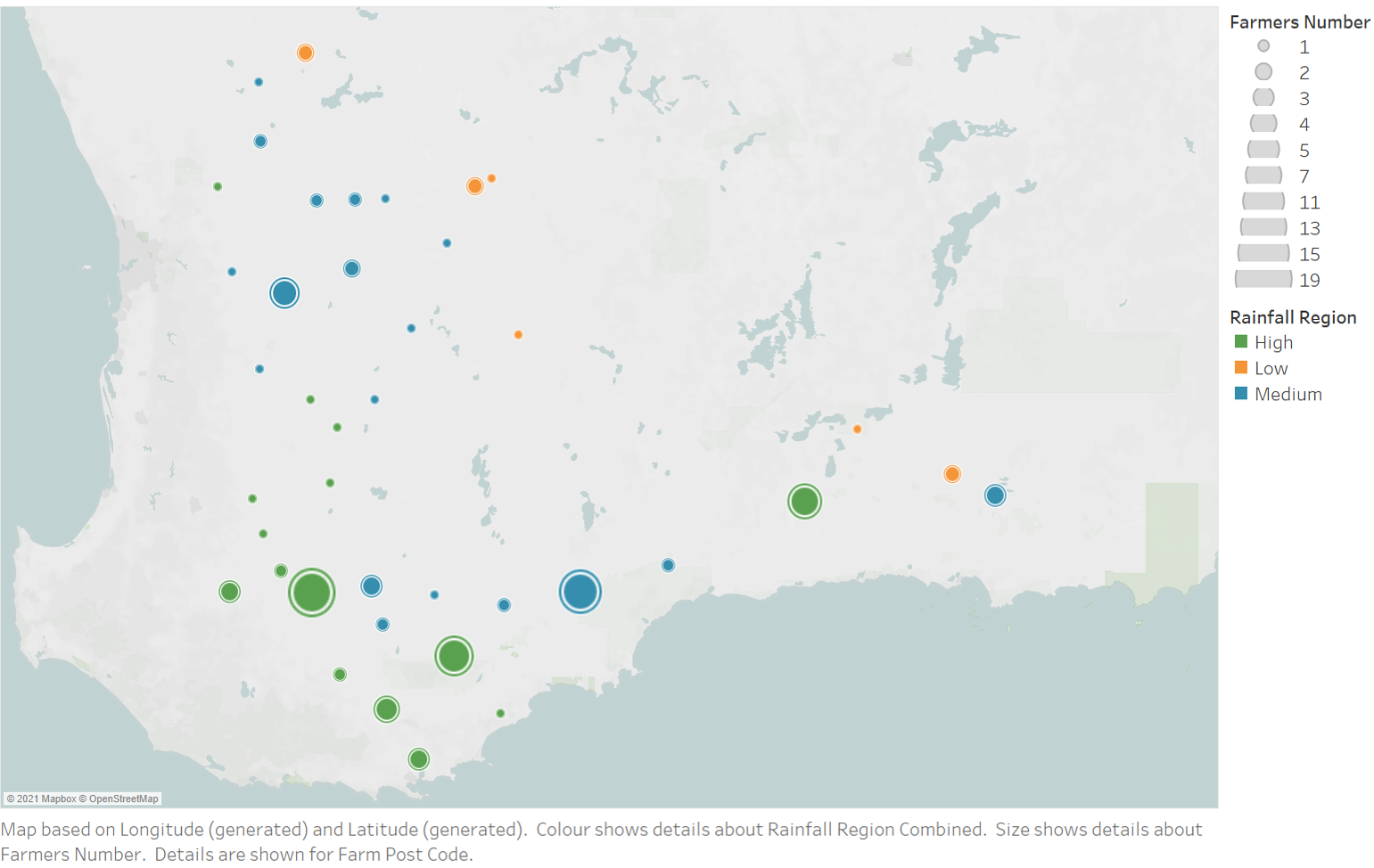 How growers defined fungicide resistance – the breakdown of emerging themes 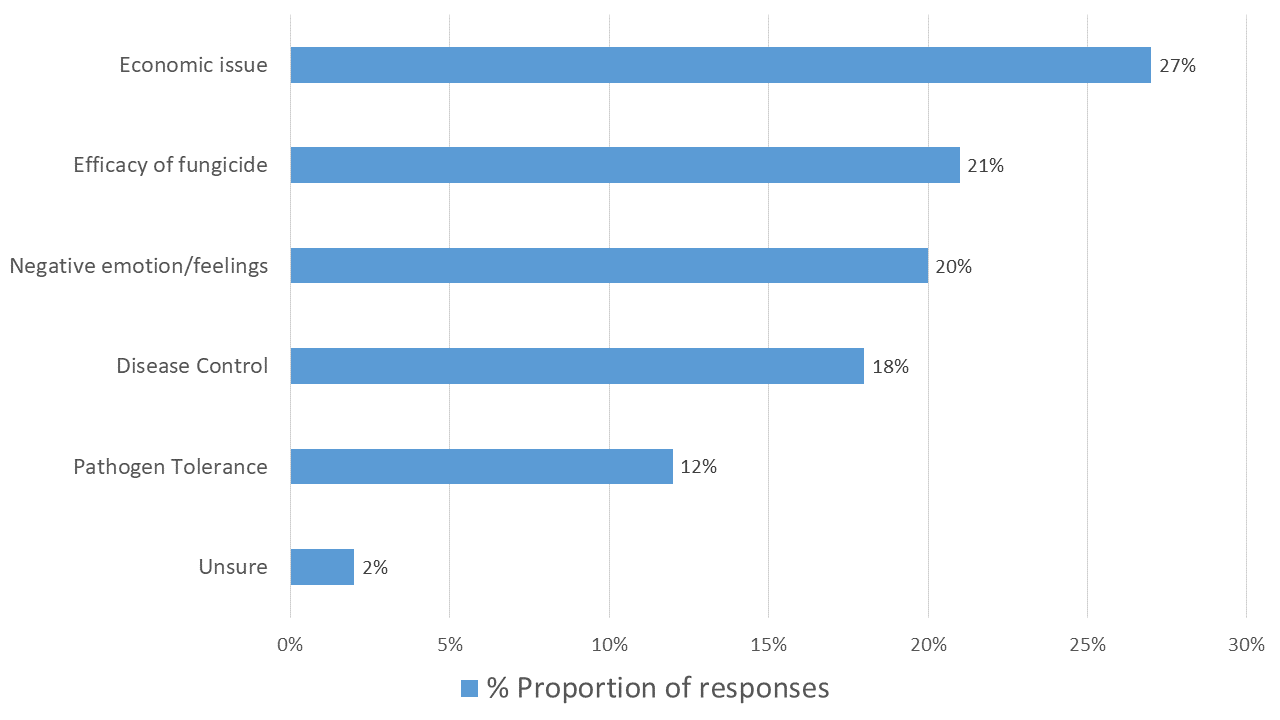 How are growers managing fungicide resistance?

It is very clear from the survey that grower management decisions are driven by return on investment.

On the contrary, less than 50% of growers said they use fungicide mixtures – a more expensive strategy for management of resistance. 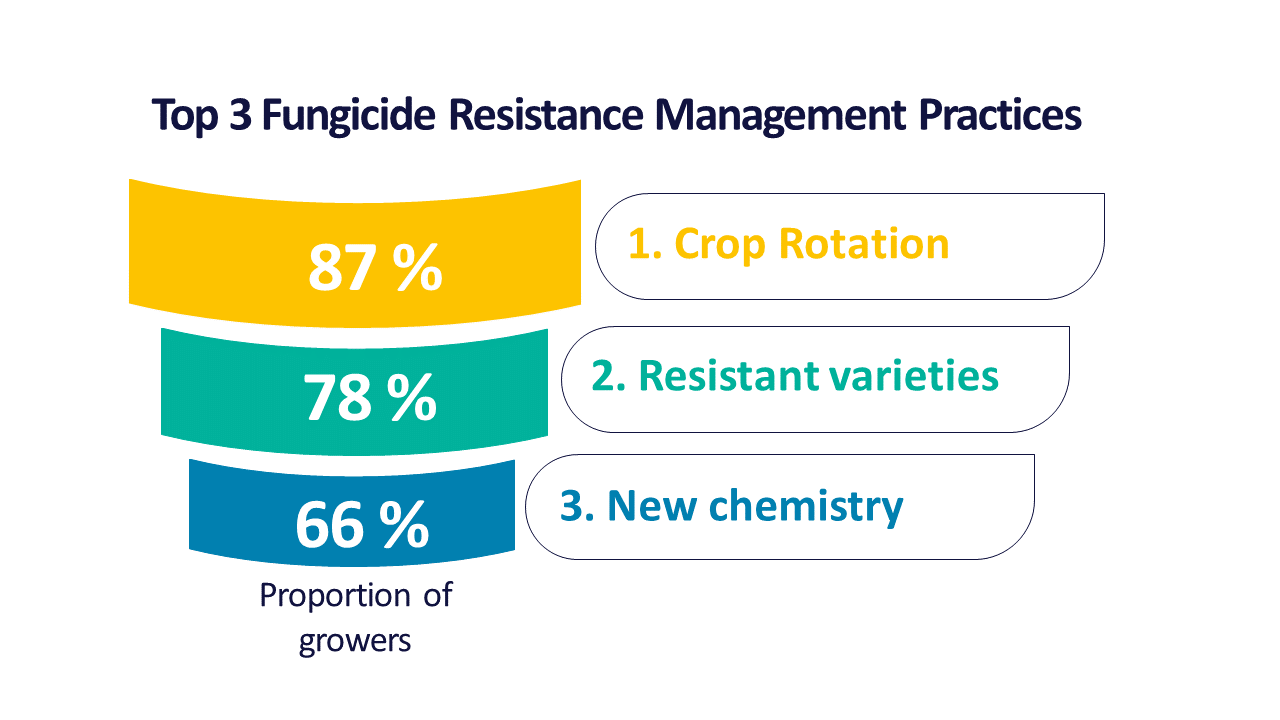 What would it take for a grower to change practice?

From the survey, we now know for certain that yield or profit would need to be affected for 90% of growers to make a change to their system. This is useful for us. In order to see practice change from our research, communications of fungicide resistance management will need to promote higher yields and therefore profit.

However, in marginal areas, growers were only likely to spend an extra $10 per hectare to manage resistance problems. This tells us that management practices for reducing fungicide resistance needs to be affordable for them to be adopted.

This survey was brought to you by….

Surveys. Love them or hate them, they still have an important place in research. And if you are a grower from the WA Wheatbelt who recently took part in a CCDM survey – thank you!